Here in this post you can get the contact details of Manish Sisodia. The contact information includes residence address, office address, phone number, email ID etc.

Manish Sisodia is an Indian political personality belong to the Aam Aadmi Party (AAP). He has completed Diploma in Journalism and worked with Zee News and All India Radio before starting the social works.

Manish Sisodia has also been elected as MLA from Patparganj Constituency of New Delhi. He defeated Nakul Bhardwaj, BJP Candidate in Demeber 2013 elections. He is also the current Cabinet Minister of New Delhi Government.

Before arriving in politics he has also a big hand in movements like RTI and Jan Lokpal bill. Manish Ji has worked with various political and social personalities like Arvind Kejriwal, Anna Hazzare, Kiran Bedi, Sanjay Singh, Kumar Vishwas, Aruna Roy etc. He left his journalism career for social activities. Earlier he was also the part of India Against Corruption (IAC).

Along with the official and residential contact details of Manish Sisodia, we are also sharing the social profile details. By following social profiles you can get to know about his upcoming activities, communicate with him regarding various issues, check his latest pictures, images, schedule, rallies etc. We suggest you to follow him on twitter an Facebook. Even you can also contact with him by leaving mails and sms on above mentioned mobile numbers and email Id. 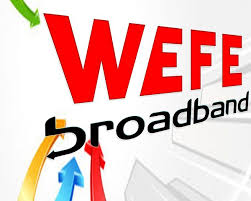