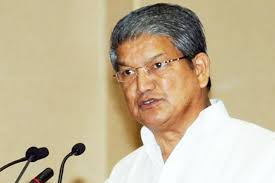 He started his politics career from a village level. The positions which he held were of Block Pramukh and Gram Pradhan. From the very beginning, he has been the follower of Indian National Congress and the ideologies of the party. He joined youth Congress and became the Trade Union leader and eventually joined INC (Indian National Congress). For the first time in 1980, he got elected to Indian Parliament. At that time he defeated the Indian leader Murli Manohar Joshi from Almora Lok Sabha constituency. When Indira Gandhi came to power he became a member of 7th Lok Sabha.

Harish Rawat finally got a chance in Oct 2012 to serve as a Union Minister in the cabinet of Dr Manmohan Singh when he was appointed as the Union Minister of Water Resources. He held this post until 31 January 2014. After that, he was sworn-in as the seventh Chief Minister of the state of Uttarakhand when Vijay Bahuguna resigned from the post of CM of Uttarakhand as he was unable to properly handle the matters during the Uttarakhand floods in June 2013.
In 2016, the BJP-led central government tried to remove the Harish Rawat government in Uttarakhand by imposing president’s rule in the state but the Supreme Court in its decision held that the imposition of President’s rule in Uttarakhand was invalid and Harish Rawat’s government in the state should be restored.