You are here: Home / Archives for Indian Airline Company

SpiceJet is an Indian Airline company with headquartered in Gurgaon, India. It is among the Indian low-cost airline with a market share of 12.3%. It was founded in 2005. SpiceJet operates more than 270 daily flights to 40 destinations which include 34 Indian and 6 international cities. Currently, Ajay Singh is CMD, Kiran Koteshwar is CFO, G.P Gupta is CAO and Debojo Maharshi is the CMO of the company. More than 4,185 employees are working with SpiceJet. SpiceJet signed a $4.4 billion deal with Boeing on March 2004.

In 2004, SpiceJet raised with some funds and restarted operations of low-cost model. The company leases 3 Boeing 737-800 aircraft. Three overnight parking slots (with two in Delhi and one in Mumbai) to SpiceJet was approved by the Airports Authority of India. SpiceJet becomes the India’s second-largest low-cost carrier by the time 2008 in terms of market share.

Career: Spice Jet.com/Careers.aspx
SpiceJet is looking for energetic and enterprising young women to join its cabin crew. There are many openings, especially for females. Get to know about location, eligibility and other necessary details about the openings through this link.

Press Release: Spice Jet.com/PressReleaseNews.aspx
It is one of the most lovable Airlines in India. The company gets featured in various magazine and newspaper. Here is all the press release of the company.

International Office:spicejet.com/InternationalOffices.aspx
SpiceJet international offices are located in Nepal, Sri Lanka, Dubai, Kabul, Male, Muscat and Bangkok. Here are the office address, email id, telephone number and fax number of all of them. 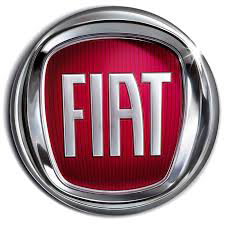